Some of the most heated debates over the past year have involved education: the teaching of critical race theory, mandating face masks in schools and questions over requiring COVID vaccines.

School board meetings have become the center of attention for these contentious issues, with protests across North Carolina over masks in the classroom and how schools can teach about certain subjects, like gender identity and the legacy of racism in America.

A new Spectrum News/IPSOS poll, released Monday, surveyed 1,158 registered voters in North Carolina between March 31 and April 12. It has a margin of error of 4.2%. It included questions about the economy, the coronavirus pandemic, the war in Ukraine, education and inflation.

What You Need To Know

North Carolina voters said the most pressing issues facing the state are inflation, raising prices and affordable housing, according to the poll.

Diving into issues of education, the new poll found more nuanced opinions about critical race theory than some might presume from news coverage over school board protests.

RELATED: Spectrum News Poll: How do the people of North Carolina feel about the economy?

“In our current era of banning books and talk about critical race theory and parental choice, there’s still this overwhelming sense, more than half, 57%, that say it really should be up to educators,” said Mallory Newall with IPSOS, the company that conducted the poll.

“When you force people to choose, the majority still think that it’s educators and administrators that should have the say on what is taught in the classroom, rather than parents having the power to push back,” she said.

Despite the vocal protests, there is support for teaching students about the history and legacy of slavery and racism in the United States, the poll found.

“Critical race theory is kind of a buzzword. When you ask people if they support banning the teaching of the history and the impact of slavery and racism, explaining a little bit of what that actually might entail, just about one in 10 support it, there is overwhelming opposition,” Newall said.

“When you just say, ‘Do you support banning the teaching of critical race theory?’ Even using that charged buzzword, about one in three support that,” she said.

When asked if they support “banning the teaching of critical race theory in North Carolina public schools,” about 26% said they strongly support that and another 7% said they “somewhat support” the ban.

But 27% said they “strongly opposed” a ban on teaching critical race theory, and 8% said they “somewhat opposed.”

Asked a different way, only 12% said they support “Banning the teaching of the history and impact of slavery and racism in North Carolina public schools.” Almost 80% said they opposed banning those lessons, according to the poll. 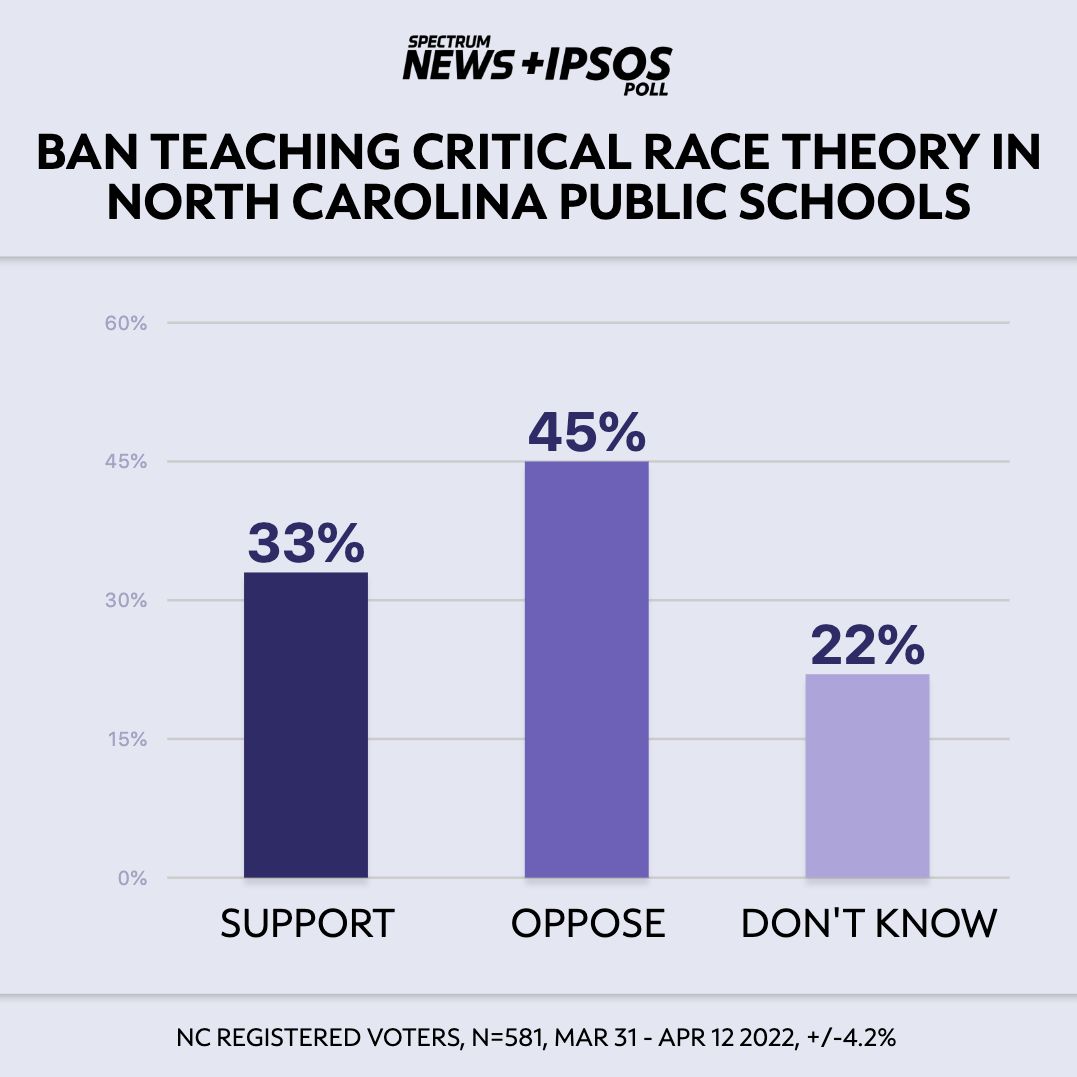 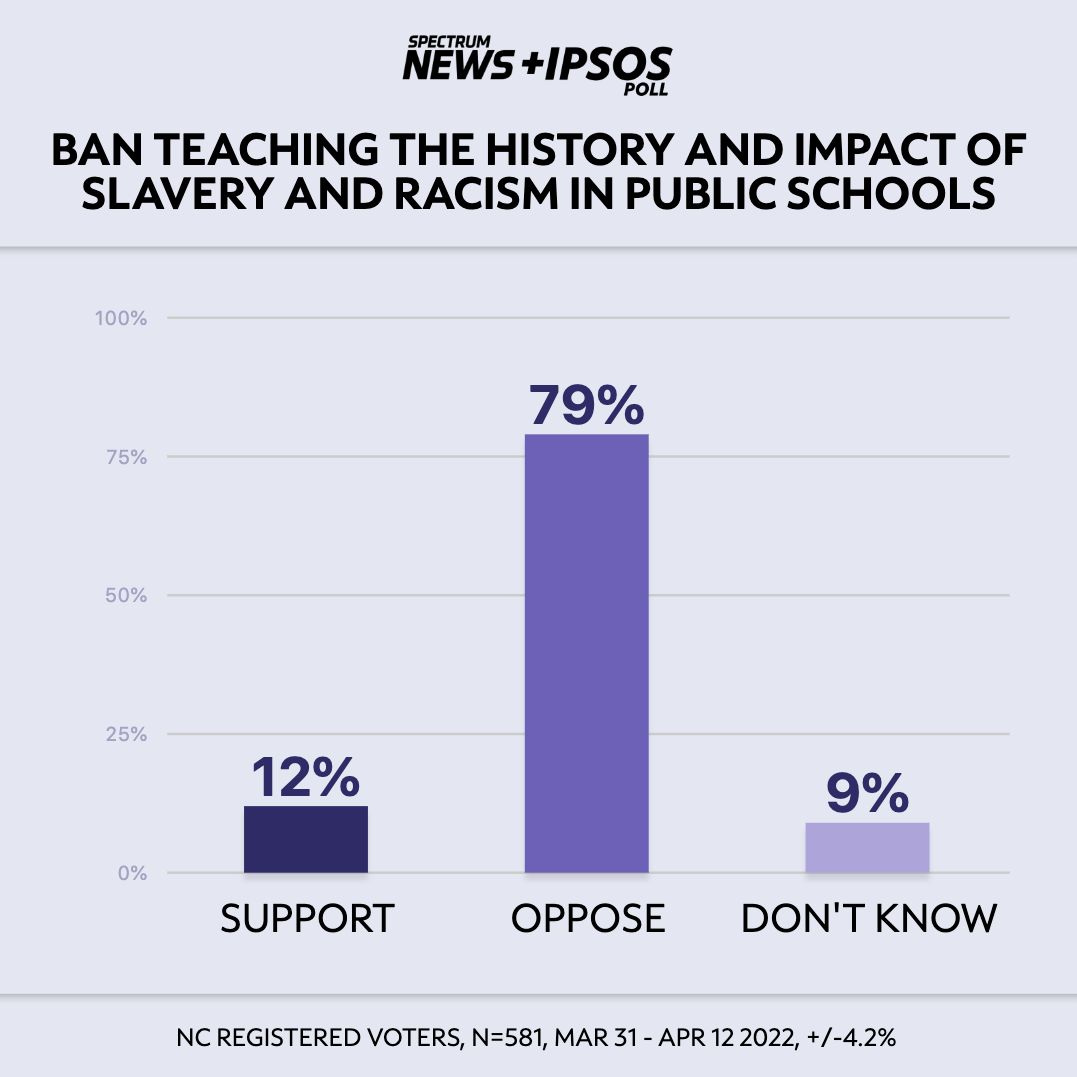 A majority of voters in North Carolina opposed any new statewide mask mandate in schools, according to the Spectrum News/IPSOS poll. But more than half supported requiring school teachers and staff to get a coronavirus vaccine.

The poll found that 41% would support a new statewide classroom mask mandate, while 53% would oppose it. Six percent said they did not know.

On requiring teachers and school staff to get vaccinated, 56% said they supported a vaccine mandate while 38% opposed, according to the poll. 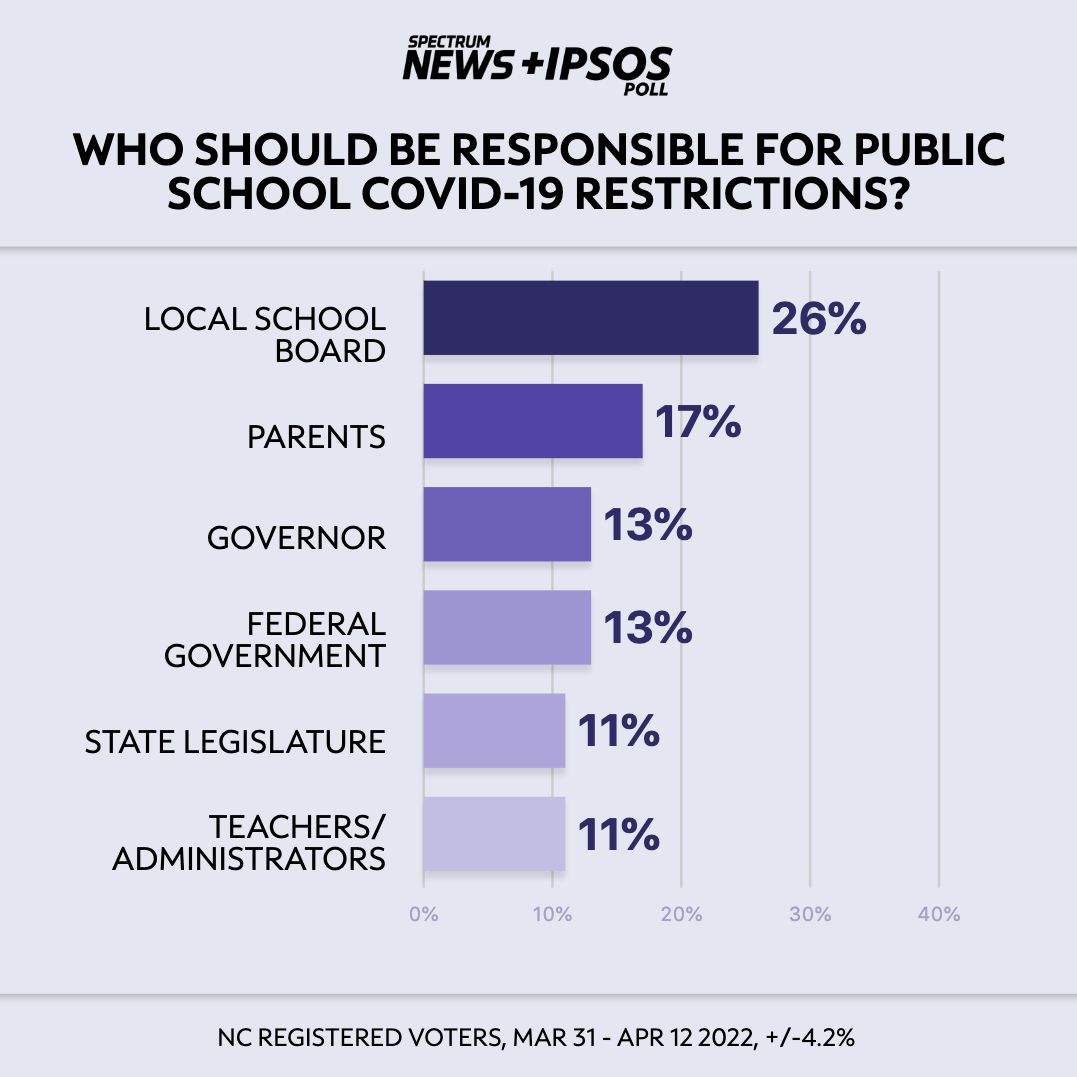 “But there’s a little bit of nuance there,” said IPSOS’s Newall. “Support is actually higher for the federal government forgiving a portion but not all of people’s student loan debt.” 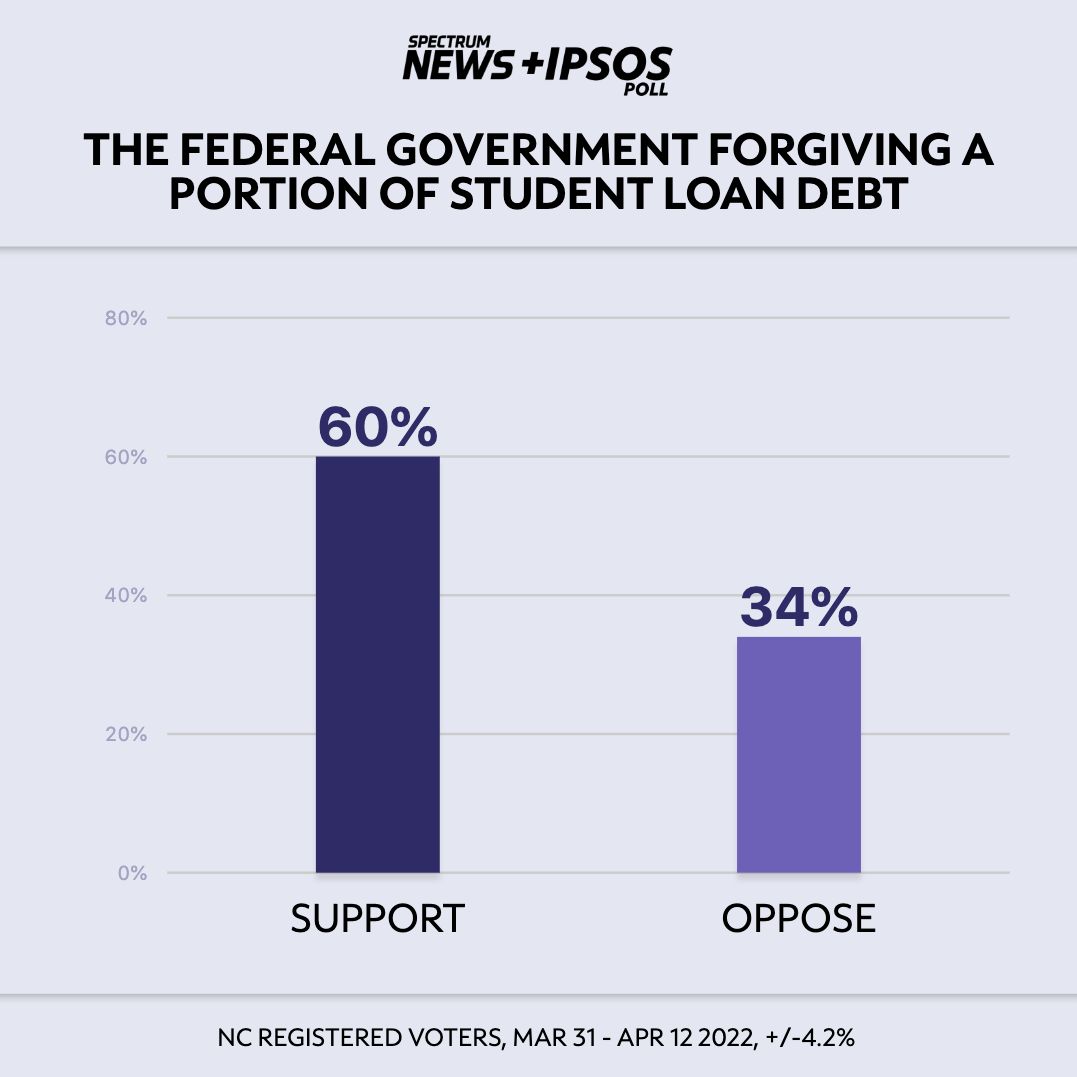 While there is at least some agreement from North Carolina on student loan forgiveness, divisive issues like the teaching of critical race theory are not going away.

With every seat in the North Carolina General Assembly up for election this year, the debates over things like COVID-19 restrictions and critical race theory likely are not going anywhere. They may even get more intense as the campaigns ramp up after the primaries in May.